What AX7 is sure to get wrong! 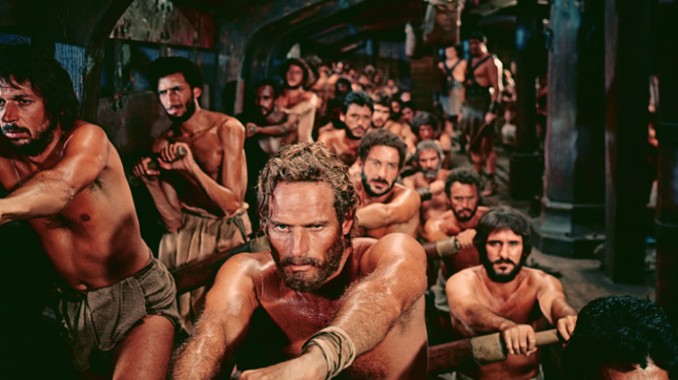 Once again we see the building excitement as a major ERP vendor prepares to launch a major new release of its flagship ERP product.

I this case Microsoft is getting ready to launch Dynamics AX7 to a breathless audience of users, implementers and industry pundits.

The marketing of the latest and greatest will hit a fevered pitch touting a new UI, advanced functionality and un-paralleled technology.

Of course they are guaranteed to get one thing completely wrong that everyone in the ERP industry fails miserably to address. The problem that all ERP software has become the equivalent of a Roman slave ship.

For anyone old enough to remember the movie Ben Hur, Roman slave ships were powered by row after row of prisoners chained to their seats forced to row the boats if there was no wind or in the case of battle where they were expected to ram and sink opposing crafts. Of course if their boat sank they were sure to end up in Davey Jones locker due to the fact that they were chained into the boat. Talk about motivation.

That background leads me to one of my favorite jokes and the point of this article.

The prisoners, as depicted in the movie, were a collection of haggard, dirty and emaciated men that had to row to the tempo of a well fed and tanned individual beating a drum to indicated the speed or tempo of the oar strokes. Slower for normal cruising mode and a more rapid and frenzied beat in attack or ramming speed mode.

One morning the drummer says to that he has some good news and some bad news. But first the good news, there will be double rations for breakfast. That is followed by a hoarse and lifeless cheer from the exhausted crew of slave rowers.

Of course the bad news is that later that morning the captain wants to go water skiing!

Thank you…I am here all week…try the roast beef.

ERP software is designed just like one of these slave galleys…yes the captain can use it to go water skiing but at what effort?

When new releases of ERP software are demonstrated the capabilities that are showcased on giant screens during key note speeches are typically things that:

But the screens will all have rich content…what does that even mean?

So what is the issue? ERP software is designed by folks that do not have to do the repetitive data input that the vast majority of users have to do on a daily basis! It is designed for the captain not the poor folks below deck that have to row day after day.

Let’s look at the brief history of poor ERP design:

Where is the drive towards elegance and simplicity? In the ERP software world it sadly does not exist.

Now hurry up with that breakfast…I want to go water skiing.